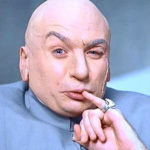 My last blog post explained how to write in the active voice – but what’s far less well known is the middle voice, not to mention the effective voice.

To bring you up to speed, active voice is when the subject performs the action of the verb – ie The mighty Kaufman Eagles won the football match. By writing in the active voice, the subject does something to the object of the sentence.

What a lot of people don’t realise, however, is that in addition to subjects and objects, there are agents – and the agent isn’t always the subject.

For example, let’s look at the line: The car was firebombed.

In this case, we have no idea of who did the firebombing since no agent is mentioned at all. When this happens, it’s called writing in the middle voice.

It’s usually used by people who deliberately want to hide the perpetrator. While writing an article for Macquarie University on how language can be manipulated, I interviewed linguist Dr Annabelle Lukin, who said that middle voice is often used in war reportage when journalists want to appear neutral.

On the other hand, if you want to tell readers the whole picture – and be direct about it – then put the agent at the front of the sentence, as in: I ran over the cyclist.

PS 2 If you’ve never heard of middle and effective voice before, then don’t worry – most people haven’t, and if you Google it you’ll only find a few references (although the terms were described in An Introduction to Functional Grammar by Michael Halliday and Christian Matthiessen). Yet even though these terms are not used by most, I do think it’s important to think about whether or not the agent – as opposed to the subject – of a sentence is mentioned.

Learn more by enrolling in the Writing Essentials online course

Study at your own pace, whenever and wherever you want.

Taught by a former newspaper editor and journalist, this course is suited for anyone who wants to improve their writing – whether it’s for marketing, journalism, blogging or PR. It’s also ideal for those who want to improve their general writing skills.

It teaches all the basics, including:

Fun and practical, this course is filled with plenty of exercises to allow you to put theory into practice.