Sometimes people get cranky when you use a noun as a verb, and I can see why.

For example, instead of writing:

We will make a recommendation about who to hire.

you can just write:

We will recommend who to hire.

So far, so simple: except that some people will get cranky if you don’t use nominalisations. That’s the beauty of grammar: it attracts more cranks than any other discipline.

As with most grammatical issues (such as serial commas and adverbs), people tend to take sides and assume that only one approach is correct. For example, there are those who love adverbs and those who loathe them, when in reality there are times when adverbs are needed and other times when they are, well, loathsome.

However, good writers don’t take sides because writing is too complex for that. There are times when nominalisations will improve your writing and other times when they’ll sap the energy out of it.

(BTW, turning an adjective into a noun [such as free into freedom] is also an example of nominalisation, but this doesn’t seem to annoy as many people.)

We’ll take into consideration his advice.

The top sentence is better for two reasons.

Firstly, its verb is consider – which is more specific than the verb in the second sentence, which is take. The verb is the strongest part of a sentence: the more specific it is, the better your writing will be.

Secondly, it’s shorter – and yet we didn’t lose any meaning by getting rid of the nominalisation.

So whenever you see a verb and a nominalisation, stop and think: will the sentence work better if the nominalisation becomes the verb? Often, the answer will be yes.

Yet there are times when nominalisations can tighten your writing – such as when you’re repeating or referring back to a previous verb.

Dan argued there should be more cats in the house. His arguments were ignored.

In the last sentence, arguments is a nominalisation – but it works, because it refers to the verb argue in the previous sentence.

Nominalisations can also work whenever the subject is already known or implied, allowing you to avoid repeating the obvious to instead focus on what’s most interesting.

For example, death is a nominalisation that we use without thinking, as in:

We could rewrite this sentence to avoid the nominalisation but it wouldn’t be as strong.

That’s why grammatical rules shouldn’t be followed blindly. Don’t get me wrong – they’re important to understand if you want to analyse and improve your writing – but ultimately you need to think about what sounds best and what would form the most vivid image in the reader’s mind.

After all, grammar isn’t about taking sides: it’s about making judgements based on the sentence in front of you. 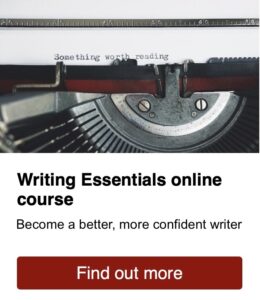